The love affair with CBEC continues. The Tricolored Heron flew in as I was walking nearby, otherwise I might have missed it. Terrible light for a photo, but a rare bird.

Otherwise, it was a usual kind of day with Ospreys learning to fly, Egrets fishing in the lake and Red Headed Woodpeckers loudly calling.

I made a brief stop at Greenbury Point on the way back. I did hear a Yellow Billed Cuckoo, but there wasn’t much else interesting.

Looking across the lake.

If you arrive at dawn, you may find some Wild Turkeys.

The Great Crested Flycatchers at CBEC have always been hard to photograph.

I caught this Chipping Sparrow as he took off.

These first year Ospreys will be flying very soon.

Occasionally, a Crow will pose for you.

I don’t often see a Red Headed Woodpecker in a live tree.

This is a female Red Winged Blackbird.

I’ve heard there are Pine Warblers at CBEC, but I seldom see them.

A few Great Egrets have been visiting.

Hopefully, this Tricolored Heron will pose in better light next time.

This Fox greeted me at dawn.

Hot, humid weather has continued. Any day that includes a life bird is likely to be a good day. The YT Warbler has eluded me for years, so even a poor image will do.

I’ve been spending most of my time at CBEC because it’s open early and has a good variety of birds. The warbler was most unexpected, and other birds have been appearing, so it’s been a worthwhile journey.

I’ll include several days worth of images here, as I’m a bit behind on posting.

I’ve been stopping at Kent Narrows to check out the dawn horizon.

A family of 4 Red Headed Woodpeckers is nesting near the boat racks.

This Red Winged Blackbird is grooming her feathers.

The owners tell me there are several Turkey families at CBEC.

4 Canada Geese seem to be spending the Summer at CBEC.

Only a few Snowy Egrets have been apearing.

This is only the second Orchard Oriole I’ve seen at CBEC.

A single Great Egret flew over the lake.

Several Eastern Kingbirds are busy feeding in the treetops.

It’s a poor image, but my first look at a Yellow Throated Warbler.

This Fox and I rounded the corner simultaneously.

An original scarecrow protects the garden.

I started at Sandy Point again, and quickly decided it was going to be a dull sky. It’s the hour before dawn that makes the best photos, so I headed to Kent Narrows in hopes of better conditions. I found a more attractive sky and a nice Heron.

I got to CBEC around dawn, and looked around for the Turkeys, who weren’t in sight. When I got to the end of the path near the grandstand, I saw a Turkey tail disappear around the corner, and walked rapidly toward the area. I got another glimpse, but began to think I had been unlucky, when I saw the Turkeys and a distant figure, who turned out to be Diana, fellow birder and photographer. We spent several minutes photographing the birds, who were unusually cooperative. These are the minutes that make the heat, the early hours and the frequent frustration worthwhile. I suspect if we were all privileged to see nature in action, it would be a better world.

We circled the lake and found the Red Headed Woodpecker and several other birds, including Brown Headed Nuthatches, who have been scarce recently.

I’m including images from other outings in the past week or so.

It’s quite dark at Kent Narrows when I arrive, and this Black Crowned Night Heron is living up to his name.

Great Crested Flycatchers are often hard to find at CBEC.

This Cardinal photo illustrates how bright the Sun was.

Wild Turkeys! It’s always a treat to find these birds.

A poor look at an Eastern Kingbird.

Brown Headed Nuthatch, a little too far away.

Two Snowy Egrets were fishing in the lake.

A dozen Canada Geese were hanging out with the Egrets.

It’s been two weeks since I posted anything here. This is the worst time of year for birding in MD. Most birds have finished nesting, some are even heading South by now. The Tree Sparrows at CBEC seemed to vanish overnight.

It’s also been damn hot, and I’ve been quitting early for several days.

In any case, I found a few decent birds, and here’s the images.

The marsh is filled with the sound of Red Winged Blackbirds.

Many Purple Martins are still nesting.

Many Great Egrets were visible in the pools.

I counted 40 or more Glossy Ibises.

The center bird appears to be a Little Blue Heron.

I saw only one Eastern Kingbird today.

Two Great Crested Flycatchers were foraging in the marsh.

This Great Blue Heron seems to have lost his head.

American Avocets started showing up an hour after dawn.

Many Forster’s Terns were feeding in the pools.

I was ready for another trip, so I headed to Bombay Hook this morning in hopes of more shorebirds. I did find a few, but they’re not here in numbers yet.

I found a few birds yesterday I’m including here.

I managed to get a much better image of the Seaside Sparrow, and I found few reflections and some flowers.

All in all, a decent expedition.

I was lucky to have such a nice background for this Common Yellowthroat.

It was a nice morning for reflections such as this Great Egret shot.

You can almost always get a Red Winged Blackbird to pose.

My first Greater Yellowlegs in a while.

You can readily hear Marsh Wrens, but they don’t always pose so well.

I found this Wild Turkey at CBEC yesterday.

At least two Seaside Sparrows were in the area.

Back to the routine. I started at CBEC this morning, and was rewarded with some playful foxes.

I saw many Tree Swallow young in large groups. I found a few other birds, but the bugs were ferocious and drove me out quickly.

Many young Tree Swallows gathered in the gravel. I’m not sure what that’s bout.

This appears to be a young Mallard.

I saw a single Snowy Egret. There should be more by now.

The Osprey pair seem to be doing well.

This Mockingbird was posing for me.

This male Eastern Towhee was a nice surprise. I haven’t seen many at CBEC.

One of three Foxes I saw this morning.

Graeme Simpson, his wife Pamela, and I went to Machias Seal Island last week to see Puffins and other sea birds, not  to mention the seals. In 6 days, starting on June 29, we drove to Cutler Maine, where we got a boat to the island, then returned. We stopped at Acadia National Park, Plum Island and Acadia National Forest along the way. There were varying degrees of success along the way, but Machias Island was better than we could have hoped. I’ve got too many photos and too many stories for one post, so I’ll have to finish this as I can.

The lighthouse at Cutler Harbor.

The lighthouse on Machias Seal Island.

Pamela points out a bird at Acadia.

Graeme and Pamela at an Acadia vista.

Two Common Murres and a Razorbill.

This Eagle pair was perched in a tree at the Harbor entrance.

Female Common Eiders with chicks were feeding near shore.

I was surprised to see many Savannah Sparrows. I was told they had Baltimore Orioles as well.

We found a Black Throated Green Warbler in Acadia,

We saw at least 5 Northern Parulas.

This Raven seems to have found an egg.

Many Razorbills were hanging out on the island.

Common Eiders are breeding on the island.

Puffins nest in natural burrows, or excavate their own.

Gray Seals and Harbor seals were numerous in the area.

Graeme Simpson waiting for the trip to begin.

A visit to the head requires a “Tern Stick”. Terns are very protective of their nests, and will harass anything that comes near. The stick distracts them. 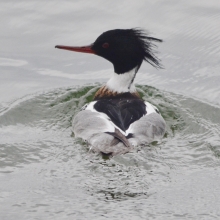 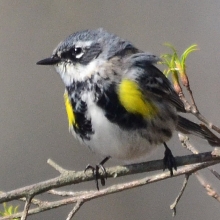 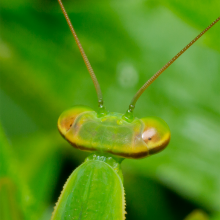 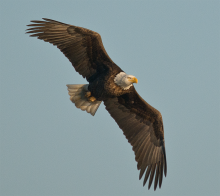 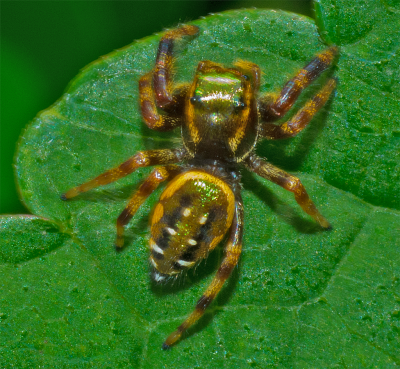