It’s been a longish dry spell for decent bird images. I’ve been getting out every day, but I’m not finding any migrants even though I know they’re around.

I got to Lake Artemesia yesterday, and did better than at other places, so that will have to do.

There’s been an Osprey nest on this ballfield light for at least 7 years, and probably many more.

A Wood Duck pair was checking out a nest box at Lake Artemesia.

A few Pied Billed Grebes were fishing at Artemesia.

This Mourning Dove eyed me at Quiet Waters.

This Beaver wasn’t in any hurry to swim the lake.

I like Artemesia on the weekends because there’s very little traffic to deal with. The weatherman promised sun with light winds, and he delivered.

There was a Loon reported yesterday, but I (And several other photographers) had no luck finding it. That was OK because there was a good variety of species and good light. Many of the birds cooperated by getting usefully close.

A good morning, over all.

This Osprey flew right at me.

Several Mallards were flying around the lake.

Many Scaup were foraging on the lake.

A single Canvasback was hanging out.

A flock of Crows was very noisy.

This Horned Grebe is also in breeding plumage.

This Tree Swallow seems to be annoyed about something.

Several Wood Ducks seem to be nesting nearby.

I got up early, determined to give Blackwater a try even though it’s early in the season. It wasn’t a waste, but the good birds just weren’t there.

A few Eagles put on a show, and there were plenty of Northern Shovellers, but not much else.

I stopped at Oakley Street for a while and got e few decent shots of the last of the season’s ducks.

Bald Eagles are active at this time of year.

A few Canvasbacks are still lingering.

Scaup were well represented in the crowd of ducks.

A few Redheads were feeding near shore.

Many Northern Shovellers were foraging in the marsh.

Dozens of Song Sparrows were in the area.

I see more American Wigeons at Oakley Street than any other place.

It was a sunny morning at Artemesia, and there was a large variety of waterfowl, probably more than I’ve seen before.

I started with Northern Shovelers at the North end, then Wigeons a hundred yards further on. I’m pretty sure I’ve never seen Wigeons at Artemesia before.

I made three or four circuits, and had a nice morning. I’m not showing images of everything, as some stayed too far away for good images.  I suspect this was a little migratory spurt, and it was welcome.

This is my first good Eastern Bluebird of the year.

The Tree Swallows have arrived!

The Canvasback male was foraging near shore.

This Northern Shoveler pair flew right by me.

This Ring Necked female was swimming with her mate.

I wish this American Wigeon had been a little closer.

I flipped the coin and chose Artemesia this morning. It was kind of dreary and gray, but I figured it was worth a try.

The first hour was slow, not much light and a bit cold. The good part was that there was a large variety of birds, and about 200 Canada Geese.

I walked the loop 3 times, and almost had the place to myself. I did a little better than I had expected.

Yet another Common Goldeneye at Artemesia.

Only a few Canvasbacks were patrolling the lake.

A single pair of Wood Ducks was paddling about.

A few Northern Shovelers were foraging near shore.

Why do Buffleheads have pink feet?

Note how the male Ring Necked Duck is firmly holding the hen with his beak, as they mate.

This Ring Necked Duck has a firm grip on the hen’s head as they mate.

I got a late start at Quiet Waters this morning. I’ve been checking for Loons, Ospreys, or Grebes, which should be here by now, but no luck so far. One pair of Wood Ducks posed for a while.

There’s not much visible at the point; a few Scaup, too far out for photos.

The coves paid off. Many Mallards, a few Buffleheads and a flock of Tundra Swans salvaged the morning.

A few Scaup were in the area.

This is probably the same Wood Duck that’s been hanging out for months now.

The Tundra Swans were very active.

I did the usual this morning; Possum Point for sunrise, which was dreary, then Kent Narrows. There were plenty of Scaup, but it was windy and cold, so I moved on to Quiet Waters. I found a pair of Wood Ducks, but nothing else. It’s about time to start having more action. I left and went on to Thomas Point.

There wasn’t much to see at the point proper, but there was some action in the cove, which made up for the lack of birds elsewhere.

There’s always plenty of Mallards in the cove.

Only a few Buffleheads were in the area.

A small flock of Tundra Swans was hanging out in the cove.

There are always Song Sparrows at the point.

I went to Artemesia yesterday, as I like to do on weekends. I really don’t like the weekday traffic.

It wasn’t much of a day; windy, cold, and no cooperation from the birds. Most remained quite distant, laughing at me.

I did Bombay Hook today, and it was better, but not by much. We need some migrating birds.

This Muskrat is showing us his tail.

A Black Duck-Mallard hybrid. A first for me.

I saw only a few Gadwalls.

This Double Crested Cormorant was at Bombay Hook.

This Great Blue Heron was fishing at dawn.

A pair of Northern Pintails.

I found only a few Northern Shovelers.

I found this Cooper’s Hawk at Artemesia.

I got to Blackwater just in time for a couple of sunrise shots, and the resident birds got active right away. A Red Tailed Hawk initially eluded me, but I found him later and got a couple of good looks.

The water along WIldlife Drive was ice-free, unlike my last visit.  There weren’t as as many ducks as I wanted, but there was plenty of variety. Swans and Geese were abundant, but difficult to photograph due to distance.

I made a brief stop at Oakley Street, where the water was spraying over the wall. A good day, with good light.

There were fewer Northern Shovelers than usual.

There were many Canvasbacks.

Many Scaup were in the crowd.

I found about 5 Bald Eagles.

I found this Great Blue Heron as I entered the refuge.

I saw this Red Tailed Hawk on three different perches. 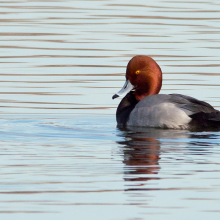 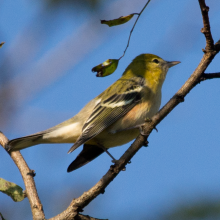 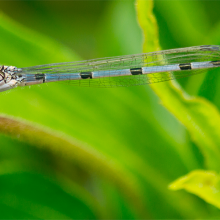 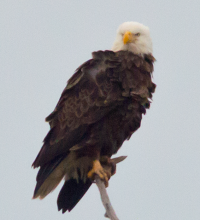 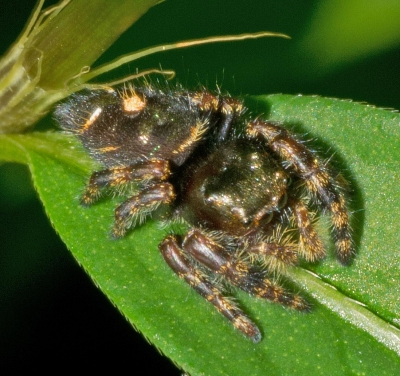