I went back to the Nature Center and Possum Point this morning in hopes of repeating yesterday’s performance. It wasn’t as good, but not a bad day all in all. Temps in the high 70s, low tumidity and slightly cloudy. It became much hotter later, so I didn’t go out this afternoon.

I usually go out on the point in the morning, and it’s not unusual to startle a fishing bird, so I was ready for this Great Blue Heron as he flew across the sunlit bay.

The Ospreys begin to fish as soon as the Sun rises.

This appears to be a female Yellow Warbler.

This juvenile Bluebird isn’t likely to inspire any poets or song writers until he finishes molting.

I think this is a Nashville Warbler, but I’m checking on it. Wrong again. It’s an American Redstart.

This was shot at 1/400, but it seems to have stopped this Ruby Throated Hummingbird. It’s my best photo of this bird yet.

This female Blue Grosbeak will be heading to Central America or the Bahamas soon.

I couldn’t pass up two Mockingbirds in one shot.

My Audubon Butterfly App says this is an American Lady

This Sharp Shinned Hawk flew right over my head.

Some days are better than others, and this was a good one. I haven’t even reviewed the images yet, but I saw and photographed a number of birds, including one spectacular hawk. Possum Point, Truxtun Park and the Nature Center were the locales. Excellent weather, temps in the 70s and low humidity.

Sunrise at Possum Point. The camera data says this was taken at 6:42 AM. The Bay Bridge is just to the right of this scene.

There were many fewer Ospreys than usual, and I suspect this guy will be gone very soon. This is labeled Osprey 103 in my filing system, so I’ll miss these wonderful birds

There were many small birds feeding in the foliage at the Nature Center, including this Chickadee.

I’ve been looking for Warblers for several days, so it was good to find this Yellow Warbler .

Chipping Sparrows seem to be very abundant at the Nature Center.

The Blue Gray Gnatcatcher is a handsome bird.

Another warbler, and a first for me. This is a Common Yellowthroat Warbler.

It’s not unusual for a Downy Woodpecker to ignore even a very close photographer.

This is a first year Baltimore Oriole.

I think it’s a warbler, and I’m working on an ID.It’s an American Redstart female.

I was wading through thigh-high grass when I woke this deer, who was probably napping.

If you walk in the woods with a camera long enough you’ll find something like this Red Shouldered Hawk capturing a snake. I was thinking of all the things I could have done to make a better image, but I’ll settle for just being lucky.

In this picture, he’s eyeing the snake, and me, calculating the risk.

I got to Patuxent NWR, South Tract, shortly after 7:00 AM, and there was plenty of activity. I stayed a couple of hours and went to North Tract, which was basically a bust. I did get to drive around and get more familiar with the place, which might help on future visits.

There’s always a Mockingbird holding forth from a high tree or bush.

This Pine Warbler is the first I’ve ever seen.

I seldom see a Great Blue Heron this deep in the water.

I spotted this Great Blue Heron flying across the marsh.

I read a report of warblers at Terrapin Nature Park, so I headed out early despite threatening skies and the closure of the Westbound span of the Chesapeake Bay Bridge. I was lucky that didn’t cost me more time. It did rain, off and on, and it wasn’t much of a day.

The Eastern Kingbirds are still around, but they’ll be heading to South America soon.

These Red Winged Blackbirds and a few hundred companions, were hanging out at the marsh.

I’m working on an ID for this little guy.

This ratty looking Carolina Wren was singing loudly from the highest available branch.

There seems to be many more female Orchard Orioles than males.

This Blue Grosbeak will be heading South soon also.

This is a female Blue Grosbeak .

This Green Heron seemed more skittish than some.

I got up early on a very threatening day and headed to Sandy Point State Park. The morning was alternately sunny and very dark, and birding was very slow.
Some day I’ll figure out how this works.

This Ring Billed Gull was among many circling the marina, along with Ospreys and Cormorants.

This Eastern Wood Peewee was one of the few small Passerines in sight.

There are hundreds of Starlings at Sandy Point, and I usually pass them by, but it was a slow day.

This Great Blue Heron was fishing on the jetty, and I like the look, so I left him in silhouette.

This White Breasted Nuthatch was travelling with a friend, which is unusual in my experience.

This is a juvenile Mallard.

This Eastern Kingbird was hanging out in the parking lot.

Sometimes a bird seems totally indifferent to the presence of the photographer, and this Robin is a good example.

Some butterflies have extraordinary colors.

This Cardinal was in my back yard.

I had to work this morning, so I didn’t get to the Nature Center until noon, and it was disappointing. Temps were close to 90 with high humidity and a slight breeze. I can usually count on seeing many birds, but they were all holed up in the shade, and I got only a few shots.
Note to self:No birding at noon on hot days.

I’ve always seen large flocks of Starlings at Greenbury Point, and now I know where they hang out: in the support beams of the large radio towers.

This Great Crested Flycatcher was one of the few birds out in the heat.

I noticed a newly created path at the Nature Center last week, but hadn’t taken the time to investigate it until today. I had pretty much given up on the day, so this Yellow Billed Cuckoo was a very nice surprise.

Another perfect weather day, so I went to Possum Point and got a few seabirds, then on to the Nature Center where there was a lot of activity, and one apparent Warbler I haven’t looked at yet. This afternoon I stopped at Truxtun Park and found a few birds.

This Fox was by the roadside and ignored me in my truck. I got a few shots, but the light was poor and I was too dumb to try a lower shutter speed or use the flash.

I was lucky to capture this Great Blue Heron in flight.

I often see seabirds like this Double Crested Cormorant sitting on this piling.

This Downy Woodpecker was on the peninsula at Possum Point, and I seldom see small birds there.

There’s a large dead tree on Possum Point that is a favorite perch for Ospreys.

This Osprey has had a successful hunt.

This Chipping Sparrow let me get quite close and seemed indifferent to my presence.

I don’t see many Yellow Billed Cuckoos, and when I do they are often obscured like this one.

I went several weeks without seeing a Downy Woodpecker and now I’m inundated.

I saw more Eastern Kingbirds than usual, and they seemed to be forming flocks.

I didn’t know this was a Blue Grosbeak until I uploaded it to my computer.

It takes a little luck to get a pair of birds like these Indigo Buntings.

These Goldfinches seemed to be foraging for gravel.

I thought I’d found a warbler, but I believe this is a Red Eyed Vireo.

This Great Blue Heron was fishing at Truxtun Park.

It’s been a while since I posted a Cardinal.

This is one ratty looking Carolina Wren .

This Titmouse was part of a very noisy mixed flock of Chickadees and Titmice.

Red Bellied Woodpeckers have been in short supply lately also.

I returned to Terrapin Nature Park this morning in hopes of repeating yesterday’s success, but it wasn’t to be. The weather was warmer and clearer, but the bird gods were not on my side.

Yet another young deer, so my guess at foaling season must be right. I’ve now seen these in three different places.

I saw several Great Crested Flycatchers feeding in the marsh.

Red Winged Blackbirds are still present in large numbers, and can be heard constantly singing in the marsh.

This young Red Winged Blackbird appears to be getting his red epaulets.

Turkey Vultures often get a negative reaction, but they are an essential part of the ecology.

This Dragonfly is new to me.

I tried to get closer to this Blue Grosbeak, but he flew away as I approached.

I was amused to see all three of these Turkey Vultures drying their wings in unison.

The female Red Bellied Woodpecker isn’t as gaudy as her red headed mate.

Downy Woodpeckers seemed to be more common in the Spring.

The grapevine said there are Warblers at Terrapin Nature Park, so I crossed the bridge early in hopes of finding a few. I met some birders who saw a Chestnut Sided, but the best I could do was a Yellow. I did manage to get some other good shots, though.

This Green Heron was overlooking the marsh, and allowed me to get quite close. He flew off with a series of loud squawks. I saw him several more times at the marsh.

The Ospreys were very active, and several were fishing the marsh pond.

I was lucky to spot this Ruby Throated Hummingbird .

This Chickadee was foraging in the marsh grass.

I believe this is a first year Forster’s Tern. There were many fishing in the marsh pond.

The colors on this Carolina Wren seemed unusually bright.

Some of the rabbits at Terrapin Park seem unusually tame.

This appears to be a female Blue Grosbeak.

It’s amazing to watch these birds dive headlong into the water. This one missed his fish.

There were hundreds of butterflies around, including many of these Spicebush Swallowtails.

The Orchard Oriole is often a willing subject.

I haven’t seen many Yellow Billed Cuckoos out in the open like this.

Virtually a wasted day. I walked the entire perimeter of Sandy Point State Park and saw virtually no small birds. Seabird numbers seemed low also.
Later, I stopped at Truxtun Park and Hillsmere Elementary with the same result. I don’t know the reason for such days.

Yet another very young deer. I don’t know anything about deer, but this seems to be the foaling season.

This Osprey was at Truxtun Park. In the many hours I’ve spent at Truxtun, I’ve never seen an Osprey perch here before. 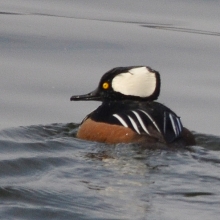 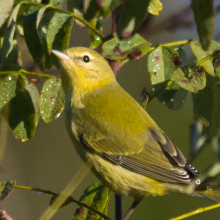 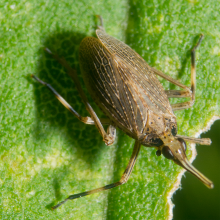 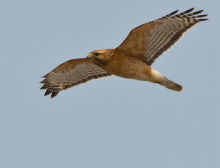 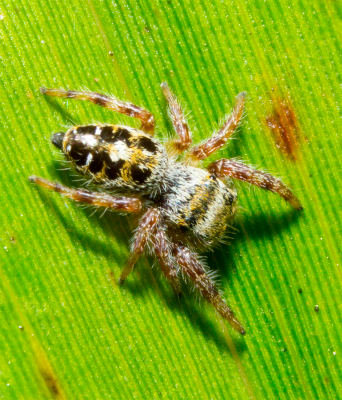