Yesterday I got to watch a Blue Jay mob a Red Shouldered Hawk. The Jay probably has a nest nearby.

Anyway, I took too many pictures, and here’s a few of them.

I couldn’t get the position I wanted, but this illustrates the Jay’s determination.

It’s been two weeks since I posted anything. We had crap weather, lots of snow and ice and not much in the way of birds.

We’re on our second consecutive 60 degree day now, and things are picking up. Wood Ducks are mating and Pileateds are drumming.  The Swans and ducks are still with us, but not for much longer.

White Throated Sparrows will be with us for a while.

The average Canvasback population appears to be 200+.

Dark Eyed Juncos are in every nook and crannie.

These Black Ducks are hanging out at Thomas Point.

Learn the Bluebird’s song and you’ll hear it everywhere in the park.

A pair of Red Shouldered Hawks is nesting in the park.

The average Canvasback population appears to be 200+.

I hear Mourning Doves more often than I see them.

Spring Mallards can be quite feisty.

There’s usually a few Redheads in the flock.

It’s a little unusual to see a Carolina Wren cling to the bark instead of perching.

At least two pairs of Wood Ducks are nesting in the park.

This Pileated Woodpecker can do some serious damage to a tree.

We had decent weather the last few days. but nothing new in the way of birds. A few interesting birds have been found, but mostly too far away to chase.

I’ve stuck with Thomas Point and Quiet Waters recently. We’re getting more cold weather in the next few days, so maybe some different ducks will bless us.

In the meantime I’m going to see about getting different images from the same old birds.

This is a large flock for our area. There are more birds left and right. I’ve estimated 400 or so birds.

I first noticed this Red Shouldered because of the reflected light, and only later noticed the second bird, who flew off.

There’s usually 200 or more Canvasbacks in the area.

There’s usually 200 or more Canvasbacks in the area. .

There’s usually 200 or more Canvasbacks in the area.

Feeding Canvasbacks cause a lot of commotion.

A few Mallards usually join in.

There’s always a small flock of Buffleheads in attendance.

A few Canada Geese are hanging with the other water birds.

There’s always a small flock of Buffleheads in attendance.

“Handsome” always comes to mind when a Redhead appears.

This Black Scoter was out at the point.

Not too much variety lately. It’s gotten colder, so there may be more good ducks, grebes and loons soon. I’m going to have travel a little further soon, to keep up.

Thomas Point was mostly disappointing, and there wasn’t anything new at Quiet Waters. The weather wasn’t much help, with several inches of snow.

I heard this Pileated Woodpecker drumming for a mate.

You can hear Bluebirds often, but they can be hard to find.

Song Sparrows seem to hang out with the White Throated Sparrows.

You can hear Red Bellied Woodpeckers from a long way off.

Many Tufted Titmice lie in the park.

A Great Blue Heron in onw of the coves.

Tundra Swans hanging out with the Canvasbacks.

I see House Finches only occasionally.

Learn the song of the Carolina Wren and you’ll hear it often.

This Bald Eagle was flying near Thomas Point. 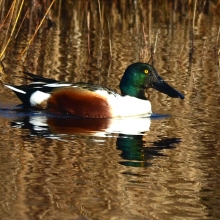 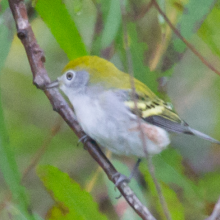 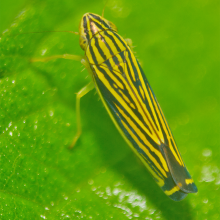 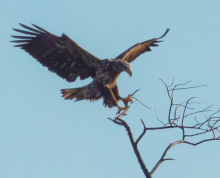 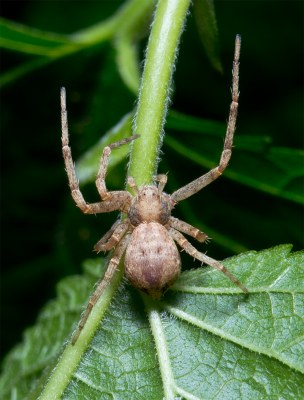