I left early to get to Blackwater in time for sunrise, which wasn’t very interesting. I did get a few more shots at the dock on Key Wallace Drive, though.

It was a Bald Eagle kind of day. There were plenty of them, and they seemed less shy than usual, allowing me to get quite close a few times.

A few ducks have started to arrive, but the egrets and herons are far fewer.

The dock at Key Wallace Drive.

I’m not sure what got these Eagles so excited.

There are always a few Double Crested Cormorants hanging around the dock.

There’s a nice balance in this photo of a Double Crested Cormorant.

The first Northern Pintails I’ve seen at Blackwater this year.

Once again I drove too far and didn’t see much. It didn’t help that Bear Swamp Pool was closed for construction shortly after I arrived.

The bird with the biggest numbers was the Least Sandpiper, and even they weren’t as numerous as in the past.

I saw more eagles than usual, and a few ducks, but migration has slowed for the moment. Several Foxes were around but the low light prevented good images.

Some male Green Winged Teals have finally shown up.

Northern Pintails were foraging in the marsh.

I found only one small flock of American Avocets.

I made the trek yesterday, and it wasn’t very productive. The migrating ducks haven’t made it this far yet, and many of the refuge regulars have moved on.

I did manage a few respectable photos, but I’ll probably wait a few weeks before returning.

Bald Eagles were plentiful, as usual.

I started this morning at Truxtun Park, where the water was so high the bridge was partly submerged. Good light and a few good birds.

Ellen O. Moyer Park is a small park at 7228 Edgewood Road in Annapolis. I’ve been there several times in the last few years without finding much, but I gave it another shot this morning. The flooding was so bad downtown that traffic out of town was backed up everywhere, so it made sense to stay local.

This park has a tall wooded hill and a good waterfront vista, so I’ll keep trying.

West entrance to the park.

Great Blue Herons have been very active at Truxtun recently.

The water was very high at Truxtun, and this Double Crested Cormorant was almost at the end of the creek.

I’ve seen a lot of hawks at Truxtun, but they don’t always pose as well.

This Robin was thoroughly enjoying his bath.

If you didn’t know, a Mallard’s feet are orange.

This Squirrel was eating well at Ellen O. Moyer park.

I met Graeme early at Lake Artemesia, and we made several trips around the lake, then spent an hour or so on the Indian Creek trail.

There were Yellow Rumps everywhere, as well as Kinglets and Blue Jays.  We found a pair of Wood Ducks and a Cuckoo that’s been hanging around the lake for three days.

I caught this Yellow Rumped Warbler as he was taking off.

Two Downy Woodpeckers were foraging in the area.

This Great Blue Heron was patiently fishing in the lake.

A Song Sparrow in good light.

This Beaver was unusually cooperative.

Graeme focuses on a distant bird.

I went to Blackwater this morning in hopes of finding some ducks, and got lucky.  Pintails and Shovelers were there in modest numbers, along with a few Sparrows, Geese and Flickers.

The weather couldn’t have been better. Several Eagles and Cormorants cooperated as well.

There will be many more ducks later, but today was a good harbinger.

This Bald Eagle allowed me to get very close.

All the Northern Pintails and Shovelers appeared to be first year birds.

This Forster’s Tern was hovering right in front of me.

I managed to drop my camera and break a few things, so both lens and camera spent a couple of weeks in the shop, but I’m back in business now.

I’ve been hanging out locally with my 70-300mm Nikkor, and I found a few close enough for decent shot. Yesterday I got to Bombay Hook, which was unusually slow.

It’s good to have my tools at hand again.

An unusual pose for a Double Crested Cormorant.

First Northern Pintail of the season.

First Ruddy Duck of the season.

There were hundreds of Least Sandpipers.

I found this Yellow Rumped Warbler (FOS) at Wooton’s Landing.

This Eastern Phoebe was also at Wooton.

A Ruby Crowned Kinglet from Wooton.

Several Wild Turkeys were foraging by the side of the road.

I often see this Black Squirrel, but he doesn’t pose most of the time.

You can’t go wrong with a baby Squirrel.

This Squirrel hangs out at my front door.

I went to Lake Artemesia this weekend,  and my big lens crapped out, so it’s in the shop for a few days. I’ve been running around looking at bugs and nearby birds, but not finding a whole lot.

I should be back in action in a few days.

I haven’t seen many Northern Parulas this year.

I found a few Wood Ducks at Lake Artemesia.

This Red Bellied Woodpecker was at Sandy Point.

This Caspian Tern was resting at Sandy Point.

This Praying Mantis is making a meal of an insect leg.

Linda and I were admiring this Praying Mantis, and she agreed to pose with him.

I needed a little more shutter speed to capture this Black Squirrel. 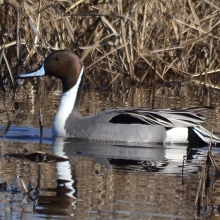 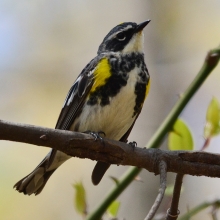 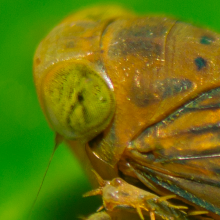 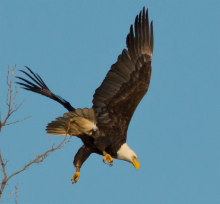 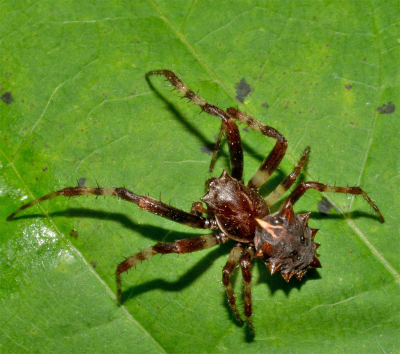