Things are a little different this year. I’m laying low to avoid crowds, and generally staying close to home. It’s actually working out well, because I’m getting to know these places a little better. Even the smallest places are large enough to have several distinct areas, and I’ve been looking in the same places all the time. Now, I’m checking out some new area and finding birds. The ducks aren’t really here yet, so all is well. Quiet Waters is a large park, and there’s still more places to check out.

I heard this Red Tailed Hawk before I saw him. They can be quite loud and startling.

There are many Black Scoters at Thomas Point.

These two Long Tailed duck hens are at Thomas Point.

Only a few Long Tailed ducks have arrived so far.

Most Song Sparrows forage on the ground.

There’s always a Cardinal or two.

Tufted Titimice are cute and numerous.

You can’t walk long in a MD woods without hearing a Carolina Wren.

The usual flock of Tundra Swans is near Thomas Point.

There seems to be more Buffleheads than usual.

House Finches aren’t as numerous as other birds.

Many Dark Eyed Juncos are wandering around the park.

There are still Pine Siskins in the area.

There are many small flocks of Bluebirds.

Where are the ducks? So far I’ve seen two Ruddys, one Long Tailed, a handful of Scaup,  and no Goldeneyes. This seems later than usual.

I’m still hanging out at Quiet Waters to avoid the crowds, but I may get over to the Eastern Shore in a day or two. I tried Truxtun Park a couple of days ago, with no luck.

I’ve been wandering around the park a bit, and it’s paying off in Sparrows and Siskins. It seems as though there’s a large group of small birds that wander the park in search of food, and there may be some cool birds among them. So far I’ve found Siskins, Chipping Sparrows and Savannah Sparrows. The light has been a sucky, cloudy gray, so far, but better weather is coming. Are there Crossbills, Redpolls  and Grosbeaks to be found?

Chipping Sparrows seem to be year round residents.

This is the first Savannah Sparrow I’ve seen at the park. I initially thought it was a Song Sparrow.

This Pine Siskin seemed to be scratching in the gravel, seeking rocks for its gizzard, perhaps? I’ve seen this often in small birds,

When I found this Pine Siskin in the gray, cloudy morning light I thought it was a House Finch. I haven’t seen Siskins in a month, so it was a surprise. This flock may have been quite large.

White Breasted Nuthatches are handsome and fun to watch.

Goldfinches seem to be doing well.

I found this single Ruddy Duck at Thomas Point. Some years there are hundreds at Quiet Waters.

It’s been a very sparse December so far. I’m staying in the immediate area to avoid crowds, which includes some decent birding spots, but the unusually warm weather is slowing the influx of Winter birds (I think). It’s been very cold years that have brought the best birds.

Sandy Point has been quite barren so far, and Thomas Point hasn’t been much better,  Greenbury Point, Possum Point and Jonas Green Park have yet to yield anything interesting, but that may change soon. I did find some distant Scoters and a Loon, but too far out for pics. I’m not crossing the bridge much yet.

This Mallard hen is stretching’s her wings.

An unusual shot, with the Bufflehead’s head under water.

Canvasbacks are just arriving in numbers.

There seems to be more Buffleheads than usual this year,

A few Lesser Scaup have arrived.

Black Ducks are not numerous, but there’s always a few.

It’s been a good year for Tundra Swans so far.

When I started this blog in 2012, I found a collared Tundra Swan at Hillsmere Beach,. not far from here. She’s hanging out near Thomas Point, now, and I’ve photographed her in previous years. You never know  how well a given bird will fare in the wild, so it’s always a mild relief to see she’s made it another year.  “She”, because the locals who feed her have nicknamed her “Julia”.

In the last week or so I’ve stayed very local to avoid crowds and keep costs down. The USA is experiencing a large surge, and I suspect obeying the rules is the right way to go.

So, it’s mostly passerines because the ducks are just starting to get here. I’ve been hanging out near the feeders, as there’s not much else going on yet.

Even the ubiquitous Song Sparrow looks good in the right setting.

You can’t help but smile as you watch a White Breasted Nuthatch feed.

Several Downy Woodpeckers show up at the feeders.

I found this Blue Jay near Thomas Point.

There seems to be more Bufflehead than usual this year.

Canvasbacks are just starting to arrive.

This Bluebird appears to be freshly molted.

The song of the Chickadee always announces their presence.

I found this Yellow Rumped Warbler at CBEC.

This Gadwall was at Jonas Green Park.

Many Canada Geese are still in the area.

This is Julia, the collared Tundra Swan. 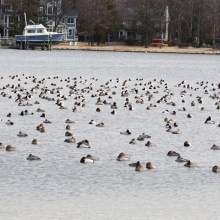 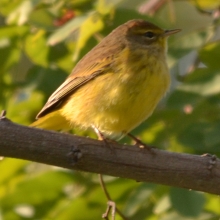 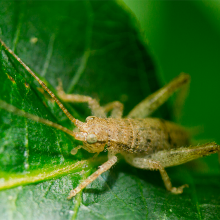 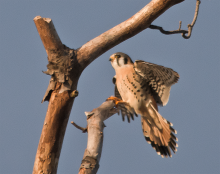 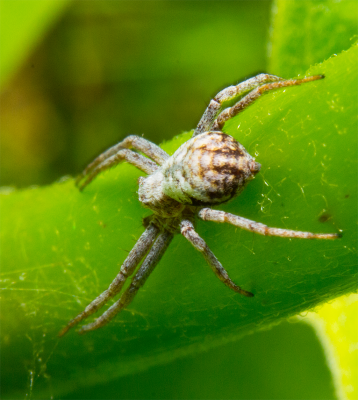